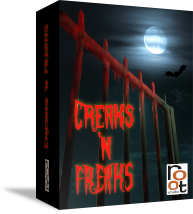 Root-sounds has released Creaks 'n Freaks, a hair raising collection of 24bit sampled atrocities squashed into your EXS24, tortured in your Native Instruments Kontakt, and escaped from the prison of your keyboard to chop your imagination into bloody little slices. With 45 instruments grouped into tonal, SFX, creatures, and foley categories, you have at your disposal an unhealthy selection of sounds for composing, layering, and posting to picture. More...

Now you can get Concert Marimba and Deep Vibes in the True Mallets bundle at a nice 25% discount. More...

Newsflash (no pun intended): Adobe has officially ended support for its flash player and warns of the security risks associated with running flash content on web sites. As such, all pages with flash content have been removed from our site. 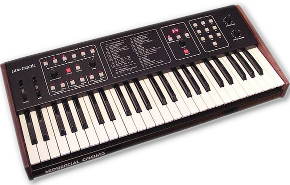 root-sounds is the sample library division of root studio.

root studio has been collecting sounds for more than 30 years. Our first product, released in the mid 1980s, was a patch library for the Sequential Circuits Sixtrak! Remember that thing? Distribution happened on data sheets for you to punch in all the values yourself!

A lot has happened since and massive sound collections were gathered for exclusive use in original productions. Part of this huge catalog is now gradually made available after being painstakingly manipulated and prepared as ready to use products. But this does not stop us from recording fresh material, too!